« Seminoles Pull Out Another Close One | Main | Last week a loss to B.C. This week a win thanks to a different kind of B.C. » 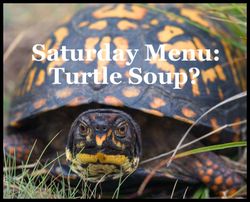 Matt at the Turtle Waxing blog tackles our 5 Questions segment this week. We appreciate his insights and in-depth preview of the Terrapins.

Why have the Terps have been so erratic, losing to Middle Tennessee and blanked 31 - 0 by Virginia, yet beating nationally ranked California, plus Wake  and UNC?
I've been asked this question by every blogger I've done a Q&A with this year. Frankly all my answers probably don't amount to any more than grasping at straws. I don't think anyone, even the team on sodium pentathol, could explain it. For a team loaded with seniors I think there is a deficit of leadership among the players. Many of the better players who are seniors are the lead by example type which doesn't make for much peer pressure on the team. It is probably also worth noting that when these seniors arrived on campus the program was past the 31 wins in three seasons heyday. They've known more mediocrity than excellence. The staff hasn't always done a great job of game preparation or game planning either.

Friedgen turned the offense over to coordinator James Franklin. How do you rate his progress as a play caller, and how will he attack FSU?
I think Franklin has improved since the beginning of the year when the offense really sputtered. Now it is merely average. About the best you can say is that, with the help of QB Chris Turner, the offense just doesn't make mistakes. Franklin has shifted to more of a power running attack as the season has progressed even though he came in with a "west coast" style scheme. I think he could do a better job of getting the ball to the playmakers on offense and he seems to prefer underutilized players like WR Danny Oquendo and TE Landsford Watson. My guess is that Franklin won't be confident that he can protect Turner with the shaky offensive line so look for him to try and run the ball and mix in short passes. I think Mickey Andrews preference for man defense will help FSU, unless they surrender some big plays. Sitting back in a zone plays into Maryland's hands.

Is the Terp D better at stopping the run or pass, and do they play more Man or Zone coverage?
I'd say Chris Cosh's defense isn't particularly good at stopping
either the run or the pass. I guess If I had to pick one I would say
trying to pass the ball exclusively would be more difficult because they do have some decent cover guys in the secondary. Virginia Tech dominated the defensive line with a running attack that in prior weeks had been moribund. The line is a collection of undersized "effort" players with limited athletic skills, though younger guys like Travis Ivey and Dion Armstrong have played more in recent weeks. The pass rush mostly comes from linebackers like Moise Fokou coming off the edge on obvious passing downs. I think Cosh usually plays more zone, or did play more zone at the beginning of the year, but will mix in blitzes and man coverage. The style of defense is a read-and-react scheme and the linebackers have struggled at times with those responsibilities. In passing downs you'll often see Maryland rush the four linemen and drop everyone else. Cosh does very little to try to fool the offense. The Terps are 67th and 76th in rushing and passing defense but are 23rd in scoring defense. This defense has bent and bent but hasn't broken as much this year with the exception of the Virginia game. An athletic and talented offense like FSU should scare the you know what out of Maryland's defense because they probably can't match FSU's speed, especially in the front seven.

We've heard Maryland's offense is very similar to B.C.'s? Is that true, and if so, why?
I have not seen very much of BC this year so it is hard for me to say how close the comparison is to Maryland's offense. Just looking at the statistics they are similar though Maryland is a better passing team. BC is a better scoring offense probably due in large measure to the fact they have a defense that excels in causing turnovers and giving the offense short fields. Maryland's defense is pitiful at producing turnovers. The both seem to have a more grind-it-out style offense than an explosive quick strike scheme. To be sure Maryland does have some big play threats in WR Darrius Heyward-Bey and RB Da'Rel Scott but the offense hasn't succeeded in getting them in positions to make those big gains very often. Since putting up 51 points against Eastern Michigan the offense is only averaging 17.2 points per game. This is a keep it close in the 4th quarter and kick a field goal kind of offense.

Any injuries to key players?
No recent injuries. Da'Rel Scott's shoulder has been banged up since the California game and he's only a good hit from coming out of the game. Tackle Scott Burley has battle nagging injuries but should play. CB Kevin Barnes was the best cover guy in the secondary but has been out for the season for weeks now. LB Adrian Moten just returned from wrist surgery and wears a cast on his hand. It shouldn't effect his play. Overall the team is fairly healthy. Not injury related but LB Rick Costa was suspended indefinitely for getting into an altercation with a police officer. Until that point he was one of the better pass rushers on the team and often played the LEO (hybrid LB/DE) position on passing downs.