« It was a little like The Choke at Doak, only in reverse | Main | Depressingly Random and Even More Depressingly Meaningless Thoughts »

Cardiac Noles Do It Again 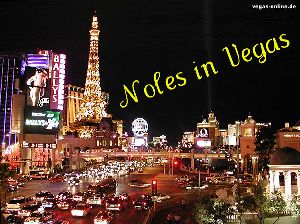 by Bill from Tampa  Once again the early tough tests for Florida State paid off as the Seminoles held on to hand the Cal Bears their first defeat of the season by the score of 80-7, winning the Global Sports Classic in Las Vegas.

Leading 62-49 with 5:37 to play FSU did its best to keep the Bears in the game by committing unnecessary fouls, allowing Cal to close it to 79-77 with three seconds left and Jerome Randle at the line to attempt his second free throw.

Randle missed however and Pierre Jordan made a big rebound, was fouled on the play, and made the first of two free throws. A last gasp heave by Cal was not even close and the Seminoles escaped thanks to free throw shooting of their own.

Credit the Bears down their stretch for attacking the ‘Noles defense and drawing fouls that stopped the clock giving Cal the opportunities to almost pull off the win.

But FSU made enough plays down the  stretch to hold on.

It wasn’t easy though as three players fouled out in the final minutes, two in the last half minute. Chris Singleton committed his fifth foul with just over two minutes left. Luke Loucks joined him with twenty four seconds remaining.

The biggest loss though came ten seconds later when Toney Douglas fouled out. Douglas displayed the poise expected out of a senior scoring 28 points converting 10 of 11 charity shots.

In the first half FSU’s length and defense caused numerous problems for Cal, holding them to just 39% from the floor. Seminole defenders were getting out on the shooters and if Cal put the ball on the floor the ‘Noles post players collapsed quickly to thwart any shots.

The ‘Noles upped that lead immediately after halftime on a Douglas three ball. On three occasions FSU held a thirteen point advantage  over the Bears.

Cal however adjusted to the ‘Noles defense by employing a smaller lineup and found some offense as well. It didn’t help the Seminoles’ cause either that they could not force any turnovers by the Bears over the final eight minutes.

Cal seemed to turn it into desperation mode quickening the pace dramatically. Three pointer by Randle and Theo Robertson closed the gap to 72-67 with fifty four seconds to play.

It became a free throw shooting contest the rest of the way as Cal did an excellent job stretching out the clock and FSU assisting in making fouls they probably should have avoided. Douglas’ fifth came as Randle was attempting a three point shot.

The Seminoles walk away though with the win thanks in large part to 27-34 from the stripe, 7 of 17 three pointers, and shooting 48% from the floor.

Defensively FSU held Cal to 40% shooting but the Bears stayed close, connecting on 25 of 32 charity  shots.

Joining Douglas in double digits was Uche Echefu with 17. Cal had a difficult time dealing with the athletic senior.

Florida State improves its record to 7-0 and travels to Northwestern Wednesday as part of the ACC/Big Ten Challenge. Tip off is at 9:30 PM and will be televised on ESPN2. It is unknown at this time if ISP, the holder of FSU’s broadcast rights, will actually broadcast to Seminole radio affiliates or stream the game online. The norm seems to be that ISP would rather not be bothered.