« Q & A with Pat Dooley of the Gainesville Sun, including FSU's shot to win and the chances of Tebow going pro | Main | Cardiac Noles Do It Again »

It was a little like The Choke at Doak,
only in reverse 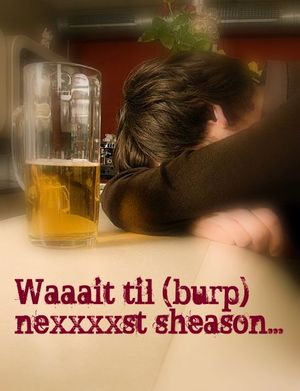 Why even mention FSU lost by almost the same score as 2007? Here's why: Last year the Noles were outmanned. This year, with more playmakers and speed powering a souped-up, higher scoring offense, you expect better than three more points on the scoreboard. Especially since that offense had its chances. But there was just no fire and fight in what should have been the season's emotional peak. And in their own house.

Instead, it was arguably the season's worst played game, on both sides of the ball. Two examples that had Seminole fans keeping liquor stores busy Saturday night: WRs suddenly couldn't catch a cold (though guys in orange & blue didn't have a problem in the rain), while the Seminole D yet again gave opposing TE's a free pass to the end zone.

And while we're at it:

If Ponder was iffy because of a bad back, why was he used on running plays that probably added to his problems?

Forget the ACC championship. Noles aren't ready for another big game in a week (some would argue they don't deserve it). Best thing for this team is a month to regroup and practice for a bowl game. Think of it as an early start on the 2009 season.

Note to Jimbo: Please sit Corey Surrencey in critical third and long situations. We don't often knock individual players, but no. 1 has proven he can't make a clutch catch.

Deserving the shame. A Christmas stocking full of Renegade's poop to the so-called Noles who sold tickets that ended up in the hands of reptile fans.

One bright spot. Kudos to no. 94, Justin Mincey, who had his best game. He showed the potential FSU fans have waited for, and why he might be the pitbull of next year's DL.

No mercy for Percy. At least the Noles inflicted some pain that could help Bama win next week. Sorry, but that's the way we feel when it comes to that team from down South.