« Here's the 4-1-1 on the Hokies with Q's and A's from Glenn at virginiatechfan.com | Main | Georgia Tech Triple Option 101 with Yellow Jackets Coach Paul Johnson » 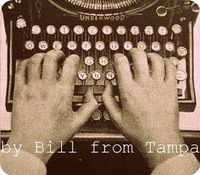 2. What do you know; thirteen (as in thirteen straight FGs) IS a lucky number.

3. Clever ploy by the coaching staff in calling for the OL to get that five yard penalty so that Graham Gano could kick that sure thing 50 yarder.

4. With the offense struggling early on, came this question from Mrs. BFT. “Can we get some positive yardage on this series?” “Sure, we can do that” I replied. “No problem.” First down Smith loses two yards. Second down Easterling loses two yards on a flanker end around. Third down Ponder is sacked for a nine yard loss. Hell of a prognosticator aren’t I!!

5. Question now for Mrs. BFT: You sang the Michigan fight song after an Antoine Smith 39 yard touchdown. Why?

6. In perusing the VT message boards this week prior to the game there was this comment from one poster. “VT’s offense consists of Tyrod Taylor running for his life.” Extraordinary how accurate that assessment was. For one play anyway.

7. For the Raleigh News and Observer sports writer who said earlier this week “neither team will score more than twenty points”, would you care to re-think that prediction? Obviously that was someone who hadn’t been watching a whole heck of a lot FSU games this season.

8. With yet another wide open tight end scoring yet another touchdown against Florida State, here’s a thought. Has anyone thought to check Bobby’s contract for a stipulation that reads “the coaching staff shall be prohibited from implementing any strategies that remotely resembles covering the opposing team’s tight end”?

9. The good news for Auburn is the offense now is scoring more points since dismissing their offensive coordinator as was shown by the 17 scored on last Thursday night. The bad news is the defense gave up 34. If the Tigers are looking for fewer points in that area maybe they should hire him back only as the defensive coordinator. After all, he is very familiar with low scores.

10. Just wondering if Kansas will be wanting to schedule Texas Tech as their homecoming opponent any time soon? I can’t imagine 63-21 losses make for festive homecomings.

12. Proving that TV announcers have the same prognostication abilities as weathermen, stock market analysts, even sports writers, or the aforementioned moi (see #3), came this comment from the booth near the end of the first half of the Boston College/ UNC game with the score tied at 17. “This game has overtime written all over it.” Final Score UNC 45, BC 24.

13. Headline seen prior to Kentucky’s game with the gatros (their …) aka crocs of XXVI: “Defense Makes This UK Team Different” I’d certainly say 63-5 makes you different alright.

14. As LSU lined up on defense came the comment from the TV booth “Look at that line, they’ve got four ends out there,” prompting this question from Mrs. BFT. “How do you have four ends on a line? There’s only two ends on a line.”

15. After a 33-7 thrashing by Notre Dame and an 0-7 start Washington Huskie fans are really wishing right about now that the Irish had NOT fired Ty Willingham.