« "Players are saying good teams don't lose 2 in a row": Q's & A's with the AJC's Georgia Tech beat writer | Main | Florida State Discovers a Downside To Living On The Edge »

Looking deep into the crystal football:
FSU vs. Tech predictions 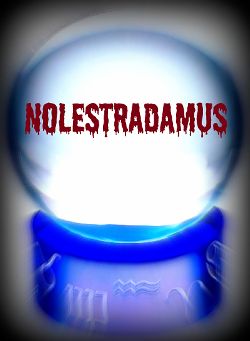 Just in time for Halloween, our Seminole Seer predicts the future. Or at least what should happen on Saturday afternoon at Bobby Dodd Stadium.

Tech will have the emotional edge, certainly in the first half. The team is still smarting after last Saturday's loss, hungry to prove they're worthy.

Fisher tries to wear out Tech's D with sustained drives. It worked for Virginia last week as they kept the Jacket's D on the field for a season-high 75 plays.

Home run balls to Carr, Parker or Reed to exploit GT backups replacing CB Word-Daniels (definitely out) and Safety Dominique Reese (questionable and nowhere near 100% if he plays).

Jackets will attempt to hit a few bombs of their own to Demaryius Thomas, ranked #2 in the ACC in receiving yards per game with a 71.9 average.

More runs by D'Vo to keep Jackets off-balance and reduce wear and tear on Ponder.

Just when Tech is locked in on D'Vo's running, he heaves one to a streaking Nole WR (crystal ball going out on a limb here).

Finally, FSU's defense will see that sneaky TE drag across the middle at least once, maybe more. But then you could have made that prediction without a crystal ball, right?