« Colorado's hometown sports writers split on outcome of Noles and Buffs | Main | Attn FSU Coaches: Here's the game plan that had Colorado on their heels » 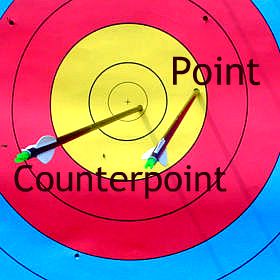 If you read ChantRant (daily, we hope), then you probably also read Tomahawk Nation and Scalp 'Em. We do. These three sites provide your recommended daily dose of independent FSU sports news and opinions, from guys who write and report because we love the Noles --  not because we're making a buck off of them.

But today we're taking a contrarian view to two of their latest pieces. Leave a Comment and let us know how you feel about their points and our counterpoints.

Hey Bobby, don't forget the sunscreen.
Tomahawk Nation paid due respect to college football's living legend. Then they peed all over his statue (figuratively, that is).

It's a very well written, thorough piece. Quite convincing. And we agree with many of the points it makes.

One problem. It will have as much impact on Bowden's future plans as a stiff breeze on Jimmy Johnson's hair helmet.

Guys, T.K. sealed an air tight deal with Bobby, and nobody but the Grim Reaper is going to break it. Why stress over something you can do nothing about? Love it or hate it, only Mr. (and Mrs.) Bowden will decide when it's time to go to the beach.

That day will come. Probably sooner than later. Until then can we just tone down the growing Greek chorus of griping? While Bobby may have done things to tarnish his image in the vast arena of the college football world, FSU fans should be the last ones to drag it through the mud.

Drew Weatherford got the shaft.
Or so says Scalp 'Em. Now it's funny, even ironic, how Drew has become the second most controversial figure in FSU football -- after Bobby. But victim status?

Truth is, Drew is a victim of lousy luck. His injury during Spring practice not only took him out of the lineup, it took him out of the quarterback picture. Christian and D'vo got the snaps and headlines. Once Jimbo and Corley saw what that dynamic duo could do -- including mobility, arm strength, playmaking magic, etc. -- good old Drew was doomed.

We respect no. 11 as a role model, the son every Father should have. But file this one under the same header as the Bowden debacle: it's a done deal. Grousing about it will change nothing -- except fan the flames of controversy and dissension that this team doesn't need.