« Is Dustin Hopkins the second coming of Sebastian Janikowski? | Main | Anthony Leon headed for Californ...oops, not so fast, my friend »

Focus on the Foes: Are the Tigers finally
for real? 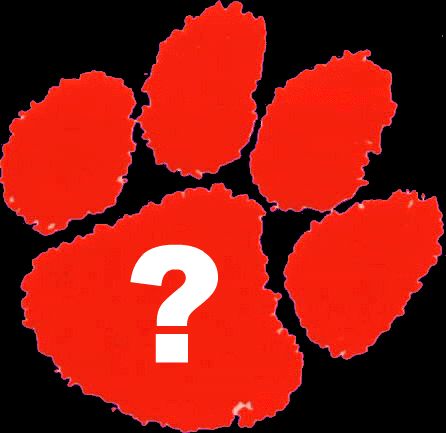 As you mark your calendar for Nov. 8 when Clemson comes to Doak, here's an insider's outlook. In a recent interview, Clemson commentator Mickey Plyler expounded on the Tigers chances for greatness in '08. Plyler preaches to the converted every morning on 104.1 Radio up in paw country, and writes for Tiger Net. Here are his insights on the other Bowden's title quest.

Is this the year Clemson avoids a second-half-of-the-season fold and makes a run at an MNC?
Clemson has been as talented as anybody in the ACC the last three years, and their talent level has continued to improve. This will be Bowden's best football team. It's a very manageable schedule (the ACC portion). From a national championship standpoint, Clemson's not as talented as Georgia, or Oklahoma, Southern Cal or Ohio State. But unlike Georgia, their schedule kinda sets up for 'em. Worst case scenario is a 9 and 3 team.

Can QB Cullen Harper improve on last year's impressive season?
Last year teams put guys in the box to stop the run. This year (because of Cullen Harper's passing), I don't think they'll do that. Clemson should be one of the more balanced teams in the country. Last year Harper threw for 27 touchdowns, a school record, and only six interceptions. But I'd be surprised if he has that kind of year again -- 27 TDs and almost 3,000 yards would be awfully difficult to repeat. (Of course) the offensive line might be a question mark for them.

Clemson's defense lost some great players. Have they re-loaded on that side of the ball?
Clemson was able to go out and sign what some people thought was the best player in the country, at least one of the top five. And that's De'Quan Bowers, defensive end from Bamberg, who looks physically like he's ready to play. He'll come into Clemson as talented as any freshman they've ever had -- though he's very young and early in his career. 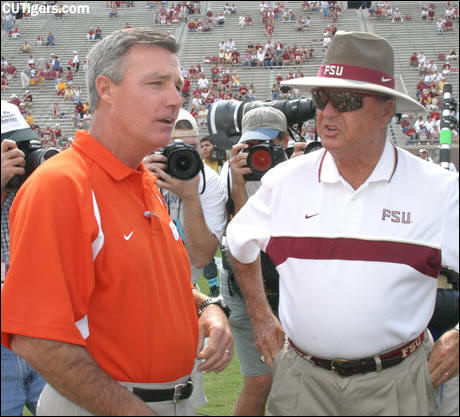 The rest of the defensive line should be a strength. They return Ricky Sapp who was probably the top pass rusher from last season. He's a tremendous speed guy coming off the edge, and had five sacks last season. And Clemson didn't lose anybody at defensive tackle, and that might be the deepest position on the team -- including Dorell Scott and Rashaad Jackson, two All-ACC candidates. Their secondary is very talented as well. They've got two senior safeties, including Michael Hamlin, who I think is an All-ACC and maybe an All-American type. And the top three corners return.

Any weak spots on defense?
Clemson has prided themselves on being "Linebacker-U" for years, but linebacker is the biggest question mark this season. And it is a glaring question mark. But I think they've recruited well there. And they're going to start a lot of guys who really haven't had a lot of snaps before at linebacker.

Who's the guy that's off the radar that could have a big year?
Jacoby Ford is a speed guy, a wide receiver who's been timed hand-held at a 4.19 in the 40. He was hurt last year in the Maryland contest midway through the season, and their offense was different after that. Besides a wide receiver, Ford is used in the kick game, and was actually the third leading rusher last year, despite the injury. They do a lot of motion with him, slip screens and bubble screens. He's a deep threat and brother of Davy Ford who played at Florida State, and he's one of the most important parts of this offense, because they (opponents) have to game plan for Jacoby Ford and his speed. On that fake reverse or reverse, the backside defensive end and safeties all have to pay attention to him. On their bubble screens, you have to take a little bit different angle with Ford.

What's game could make or break Clemson's season?
At Wake Forest on a Thursday night (Oct. 9). The Tigers have won three in a row against Wake, but they've had some nightmares against them. And Wake Forest is the second best team in the league this year, better than Virginia Tech.