Unfinished business: Johnny Grubb talks about the 1970 team that came came within a whisker of winning the CWS 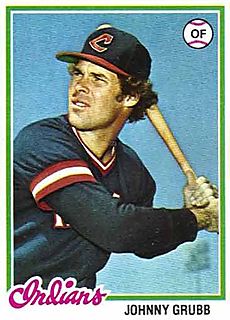 As the Noles head for Omaha, we rewind to 38 years ago, back when the 1970 team came the closest ever to bringing home a national title. FSU played Southern California in the championship game, taking the Trojans 15 innings before Frank Alfano's bases loaded infield single broke the 1 - 1 deadlock.

Johnny Grubb was the centerfielder on that '70 team. Grubb, who went on to play 16 years in the majors, told us it's a game he'll never forget.

"It was a heartbreaker, because we were leading 1 - 0 and had Pat Osburn pitching for us, a real good lefthanded pitcher. We just battled all the way through, and they happened to tie the game up and brought in Jim Barr and we had our relief pitcher, Mac Scarce, both of whom went on to pitch in the majors. And we hooked up 1 - 1 until the 15th inning. They made a lot of good plays and we made a lot of good plays, but they ended up beating us 2 - 1. I remember standing on the first base line receiving the awards for second place and none of us were very happy about it. I think we should have won it, but we gave it a good battle."

Read the entire interview with Johnny Grubb at our sister site,
Garnet and Great.