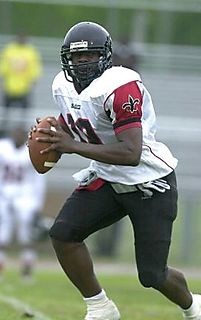 Phil Kornblut of Palmetto Sports reports that FSU has offered a scholarship to David Sims of the Calhoun County Saints. Kornblut told us the versatile Sims is an Athlete/QB who "at one time was very strong on Georgia Tech because they offered him as a quarterback. Tech has since gotten a QB commitment so I think that's cooled Sims on them a little bit."

FSU and Tech aren't the only ones after Sims. He's had offers from several others schools, including Alabama, North Carolina, Wake Forest, Michigan and Florida. According to one recruiting service, Sims and his teammate WR Alshon Jeffrey will attend FSU's summer camp, and possibly three others, including a stop in Hogtown. 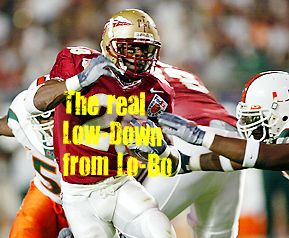 Rest easy, Nole fans. Lorenzo Booker isn't burning his bridges or FSU gear. Lobo clairified his vent to a Philly reporter on 1270 the Team's Jeff Cameron show. Here's a sample of those soundbites:

"I didn't bring this conversation up...I don't ever talk about this -- ever. It's a very sensitive subject to me. I moved all the way across the country to go there and never once uttered a word about transfering. That lets people understand how serious I am about Florida State. I love Florida State."

"I'm not trying to re-visit old things. After I walked out of the locker room (after the interview), I said 'how did we even start talking about that'? I wrote the reporter today and said that's the last time I'll ever speak about it publicly... There ain't no hard feeling toward none of the Bowdens, toward nobody."

"I wasn't talking about any other coaches...or the players, or the students or the game. I wouldn't trade that for nothing...my commitment will never be questioned.  Nobody can take away the fact that I'm a Seminole. I watched every game last year. I don't want people to think I have a bitterness toward Florida State."

Cameron asked why Booker seemed to support Jeff when he was fired after the Wake game in 2006. Booker explained it was because he didn't want to lose playing time, and because "it was hard enough to focus at the time, and I wasn't going to give my team something else to worry about."

"When you continuously make bad calls, then let someone else call the plays. Don’t just tell us we’re not doing our job and it’s nothing you did."

Lorenzo Booker has an ax to grind, and the former Nole finally used it this week letting the chips fall where they may. His target: the man who was himself axed as Booker's offensive coordinator -- yet stayed on through Lorenzo's last game (ironically enough probably his best ever at FSU).

In this interview with the web site for Philadelphia's suburban newspapers, Booker removed any doubts about J. Bowden's haphazard coaching and handling of FSU's offense. Most galling to Booker was the younger Bowden's habit of throwing his players under the bus, while trying to appear blameless.

How much of a bad taste did the experience leave in Booker's mouth? When the Noles were in California for the 2006 Emerald Bowl and he was relieved he didn't have to return to Tallahassee. “I haven’t been back there since."

Getting to know '09 commit Justin Bright

Jimbo Fisher is working hard to build a pipeline between FSU and Brynes High School, perennial South Carolina state champs. Earlier this year he signed DE Everette Dawkins, and recently snagged a commitment from Safety Justin Bright (check out his '07 highlight reel above). Jason Gilmer covers Brynes High as part of his prep football beat at the Spartanburg Herald-Journal. We asked him about Bright and teammate Marcus Lattimore, a RB high on Fisher's 2009 wish list.

You've watched Justin develop. How would you describe him?
A hard-hitting safety. Plays real tough. Nice kid to be around and very smart. Comes from a good family. I think the people at Florida State are going to like him.

Does he have the size and tools to be a big-time college safety?
The size and speed won't be a problem. And he does play hard, which I think is the main thing. He's not afraid to hit people or cover the bigger receivers.

What's his official height and weight?
He's not 6'4" -- not a huge kid. The final roster from last season has him at 6'1". But he's big and physical enough to play college safety. And I think he's probably still growing.

And he's played at high level in the Byrnes program.
Right. And Byrnes has traveled a lot to play top competition. They went up to Ohio the past two years and played. And they played a Florida team last year and face another one this season (Pahokee, Oct. 3 on ESPN), so he'll play against a lot of good speed.

How about RB Marcus Lattimore?
Very good running back. He'll be the one in our state next year that everyone wants to get their hands on. He's getting a lot of looks because he comes from a school known for its passing and he catches a lot out of the backfield. And they're going to try to utilize him more as a runner this year, because they know what a talent he is and want to get him the ball as much as possible.

Height and weight?
As a Sophomore he was listed at 6-feet, 200 pounds. So he's a good size back, plus he's also got the speed to run away from people. And in Byrnes' offense they try to get him the ball in space and make something happen. 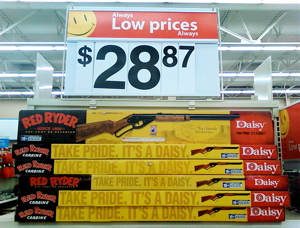 Junior forward Ryan Reid is suspended indefinitely. According to FSU media relations, because he "shot a BB gun at a vacant building and cracked a window." In earlier days this would be a non-story. But in this post Parker-packing-a-piece era the school rushed to report it, hoping to prevent a media feeding frenzy. Basketball analyst Bill from Tampa puts it all in focus.

Ryan Reid summed it up best himself, "it was a dumb thing to do." Coupled with his suspension last season, a couple of publicized on-the-court incidents involving Ty Lawson and Greg Paulus, and now this, Reid is probably going to really hear it from the student sections of opposing teams next season. He had a momentary lapse of judgment and made an immature decision, but he will be able to handle it.

Ryan is a good kid. He takes playing at FSU very seriously and works hard to improve his game. He has handled adversity before and he will do it again.

Leonard Hamilton's partial intent by quickly handing out discipline might have been to head off an ESPN type sensationalized headline. But this should not be surprising at all. Hamilton has his rules that are well set in stone. A player breaks them and they suffer the consequences. He makes that very clear up front and hands out the punishment fairly.

That should not be a surprise either with the upbringing Leonard had.

I will always recall that story that was published shortly after he was hired by FSU that indicates that. He and his brother were to mow the lawn. They didn't. Their father comes home, sees the law is uncut, but says nothing. Until 4 AM that is when he goes into their bedroom to wake them up and send them out to mow the lawn (presumably their were no neighbors nearby because I doubt they would have appreciated the parenting taking place).

So it is clear in this situation that Leonard is practicing his own form of parenting with his players. And this is why the FSU basketball program has very few issues. The players know what is expected of them.

It also should not be unexpected to Ryan and FSU fans if he sits out the first game of the season.