« T.K.: "I kind of don't give a damn if we go to the NCAA Tournament" | Main | Tony Barnhart beats the college football magazines to the punch » 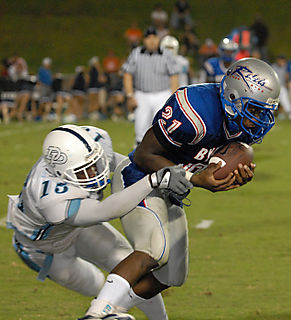 Last week, Byrnes (SC) High Safety Justin Bright committed to FSU. But Jimbo Fisher isn't finished yet. He's in a tug of war with the evil one at South Carolina for Byrnes running back Marcus Lattimore. The 6-foot, 210-pounder rushed for 1,884 yards and 26 touchdowns last year.

Right now, the Gamecocks are at the top of his list. But Lattimore says it's not a done deal. “It’s a little too early. South Carolina will still be up there, but I’m very interested in Florida State right now. Jimbo Fisher came out to practice, and I could tell he was very interested in me. There could be a change down the road.”

Wide receiver Ricco Sanders is also reported to have an offer from the Noles.

Fisher has been spending much of his time at Byrnes, including speaking at the school's football banquet back in February. And for good reason. The Byrnes Rebels have won five state titles in six seasons.