« Focus on the Foes: Cats sharpen their claws for a trip to Tallahassee | Main | Before they're Noles, they'll knock heads this Summer »

Parker runs afoul of the law -- and maybe out of chances 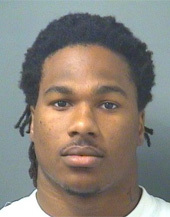 What we loved about Preston Parker is how he was in a different league when it came to intensity. He demanded the very best of himself every time he stepped on the gridiron. So how could his standards slip so low off the field?

We'll probably never know. But we're pretty sure he'll receive punishment that fits the crime. That's because he's playing on a neutral field, legally speaking. Palm Beach County prosecutors have no reason to take the overly aggressive approach of Leon County D.A.'s. Nor the boys-will-be-boys justice meted out in Hogtown (recent case in point: Safety Tony Joiner arrested for felony burglary last October had charges dropped a week later -- just in time to play against LSU). 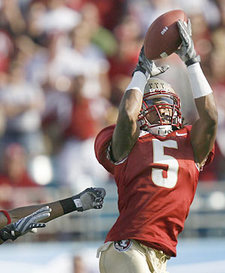 But if Parker is lucky enough to see his felony charge reduced, he still faces Judge Bowden. With one misdeed already on his record, will the weed and gun affair end his FSU career?

While it's not looking good for Parker, the future suddenly appears brighter for Taiwan Easterling. Not to mention a player who hasn't even been issued a uniform yet -- much ballyhooed JC receiver Corey Surrency.

Thank goodness for them. And for incoming guys like E.J. Manuel, who bring character. Something at least as important as talent right now.