Meanwhile, back at the P.T. train wreck: Many questions, few answers 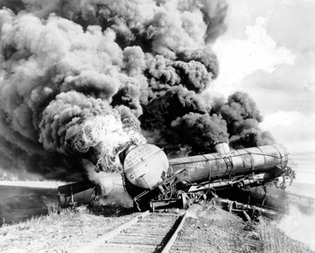 Not the first time for a Florida school. Remember in 2006 when former Hurricane Lamar Thomas said this during the Orange Bowl brawl between UM and FIU:     "Now, that's what I'm talking about. You come into our house, you should get your behind kicked."

Ding! Thomas's time was up, as Comcast axed him within days.

Which begs the question: If anything P.T. said was so bad, why did the school wait so long?

A house divided -- again. According to one of our contributors: "Seems there is no middle ground on this one. Either you are on the side that thought PT was right in what he said although he maybe should have said it differently or you are on the side that no one should ever speak badly of FSU." He caught heat for asking a fan what they felt PT should have said instead of saying high school offense.

It's time FSU athletics got some serious PR counsel. The new A.D. and others obviously didn't think through this decision. Or, worse, they never gauged how it would needlessly irritate many fans -- in reality, their shareholders.

Whether P.T. had to go or not is debatable. That it didn't have to be a train wreck isn't. 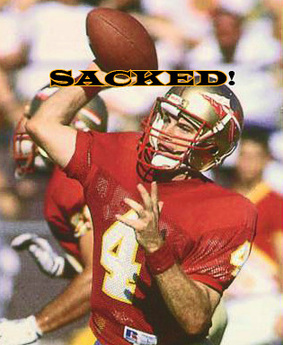 How could the firing of a color commentator generate so much heat? Because when P.T. Willis told it like it was, he channeled the frustration of so many FSU fans. He was the average guy, not afraid to point out that the emperor was plumb naked.

But it goes deeper.

Either that, or they're clueless. Totally out-of-touch with the pulse of the people who buy the tickets and merchandise, write the big booster checks, and max out credit cards to get to the games.

And there's more. Whacking Willis is the latest in a string of disappointments that includes:  Underwhelming, underachieving seasons. Jeff Bowden. His cranky Dad defending him instead of admitting the problem. Daddy Bowden sniping at FSU faithful (the phrase "PlayStation All-Americans" still smarts). Bad coaching hires. T.K. Wetherell acting like a meddling NFL owner. Tutorgate. Plus, another ominous firing, when Dave Hart disappeared as if swallowed by a sinkhole.

Here's a reality check for the new A.D.  FSU has to work harder than any major school in the state to be fan friendly. As long as Tallahassee is located at least 150 and as much as 400 miles from Florida's major population centers, it can't afford to take fans for granted. Not fans who struggle with long drives, obscene gas prices, ticket price hikes, increased booster minimums, and two-night motel stays.

Caught in a perfect storm of a financial pinch and multiple frustrations -- including feeling they're unappreciated, jerked around, and being asked to ante up more and more -- more than a few FSU fans say they may have to make some hard decisions. And maybe sooner than later. 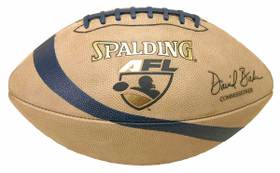 For most of us, the Arena League is the frozen pizza of football: It'll do when the real thing isn't available.

But for FSU fans, there's less reason to watch the indoor league this season. That's because only four Noles show up on Arena League rosters.

Eric Thomas, OL for the Arizona Rattlers. Not to be confused with the FSU quarterback with the same name from the 80s, this Eric Thomas played in the mid-to-late 90s. 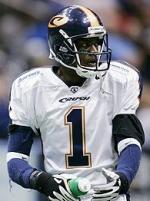 Damian Harrell, WR/Chicago Rush. Arguably the top receiver in the league, Damian is the AFL's second all-time in TD catches. You may remember he had two solid seasons at FSU, 1995 and '97, playing in the shadow of guys like Peter Warrick and Ron Dugans. He's one of those players who blossoms once he gets to the pros.

Clevan Thomas, DB/San Jose Sabercats. You saw him at Doak between 1997 and 2000. Clevan is now in his seventh season with the Sabercats and his 41 career INTs makes him one of the league's most feared DBs.

Adrian McPherson, QB/Grand Rapids Rampage. The sad saga of A.D.'s downward spiral continues in the Arena game. Playing in the league's smallest market, Adrian has mysteriously fallen from the starter to backup, ceding the position to a guy with an almost identical name -- former Wake QB James MacPherson.