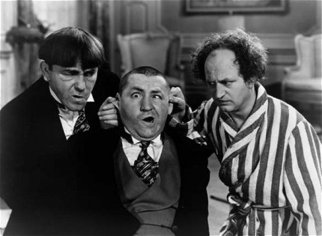 The absolute worst officiating crew in the history of organized sports wins our Smelly Socks Award for 2007. Their performance was such a crime, they deserve to wear prison stripes instead of referees stripes. Stevie Wonder could have called a better game than any of these guys. A pox on their houses. A patchwork offensive line for getting the job done most of the night.

Graham Gano who, despite muffing his first attempt, boomed the rest of his kicks for a 57 yard average.

The Marching Chiefs for blasting The Chop loud enough to be heard in Dollywood. Even though the stands were a sea of blue, the Chiefs let the world know FSU was in the house.

ESPN's Ron Franklin and his sidekick color commentary guy for taking a stand that FSU did the right thing in investigating and punishing players who got answers to the online exam -- end of story. Thanks for not turning the telecast into one long indictment of everything Seminole.

Okay, we have bones to pick about things like costly penalties. But for now, we'll just be satisfied that an undermanned team that nobody thought could keep it close, kept it exciting right down to the final play.