FSU to brave the Littlejohn Locos at Clemson

Game Preview by Bill from Tampa 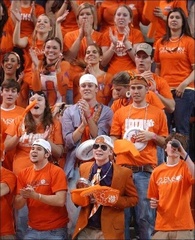 Last Game: FSU trailed by as many as nine points with 7:14 left in the game against La Salle before Jason Rich’s layup broke a 69-69 tie. The ‘Noles beat the Explorers on the strength of shooting 30-32 at the free throw line. Clemson lost its second straight game after falling to Charlotte 82-72. Trevor Booker had a monster game scoring 32 points while pulling down 11 boards but could not get much help from his teammates.

Last Meeting: Al Thornton hit one of two free throws with just over a second left to give the Seminoles a 67-66 win in the opening round of the ACC tournament in Tampa. Cliff Hammonds was forced into a turnover at the timeline with 8.3 seconds remaining giving FSU a chance to win the game. The ‘Noles trailed late in the game by as much as five points, 66-61.

About the Tigers:
There is not much different about Clemson this season from last season. It still is a blue collar physical team wearing down opponents that likes to do two things in particular; create turnovers and get offensive rebounds.

The Tigers lead the ACC in forcing turnovers causing more than 18 per game. They lead the conference in steals with 10.8 a contest where FSU is fourth at 8.94. Six players are in double digits in steals led by Hammonds’ 33 thefts. Clemson will harass a team constantly with pressure defense anywhere on the floor.

Obviously it will be incumbent on FSU to take care of the ball, a task not easily accomplished given the ‘Noles .8 assist to turnover ratio good for last in the ACC.

On the offensive boards, the ‘Noles are outclassed by Clemson. FSU averages just 10.31 offensive boards per game (11th in the ACC) whereas the Tigers also lead the conference in that statistic with a whopping 17.07. Here again six Tigers are in double figures with Booker trailing team leader Rivers by three 47-44 and as a team have 73 more offensive boards than their opponents.

If the shorthanded in the frontcourt Seminoles don’t find a way to minimize the Tigers’ effectiveness in that area, it could be a long night.

The Tigers’ only loss from the starting lineup was at point guard where true freshman Stitt takes over for departed Vernon Hamilton. In terms of play making, Stitt has been up and down with 50 assists to 48 turnovers. But the former Mr. Basketball of North Carolina possesses a great deal of quickness and much like Hamilton brings defense to the floor.

Holding down Booker may prove to be quite a task. The sophomore has scored 32, 14, and 18 points in his last three games in addition to pulling down 11, 11, and 8 boards. And that was against competition that included North Carolina and Alabama. But offense, where he is shooting at 54% from the floor, is not his only skill. He leads Clemson far and away with 34 blocked shots, more than two per game.

Mays has always been a catalyst for the Tigers but guarding him may be a bit easier this time. The senior forward has had numerous injuries that have hampered his play. This time it is a fractured left hand that he suffered in the North Carolina game. He was only able to score 6 points and 4 rebounds in the game against Charlotte. He did however find a way to use his remaining good hand in blocking four shots.

Being shorthanded won’t make Leonard Hamilton’s matchup decisions any easier. There will be times when it will be the four guard lineup FSU has used since Solomon Alabi and Julian Vaughn went out with injury/illness. That will pose some interesting defensive combinations that Clemson will look to exploit and to which the ‘Noles will have to adjust.

At the same point in time Hamilton will hope to force Clemson into some adjustments counting on their big men being unable to defend against the smaller lineup. In other words can they guard like guards?

Florida State would love it if the game came down to a free throw shooting contest.  Oliver Purnell has worked to improve his team’s shooting at the stripe with some good results. But the Tigers’ 65% pales in comparison to the ‘Noles nation leading 80%.

Seminole fans will just have to see what Hamilton and his staff have cooked up in attempting to steal another ACC road win this season.

One thing is for certain. A whole lot of three point shots will be hoisted in this game as both teams are among the leaders in the ACC for most three balls taken.