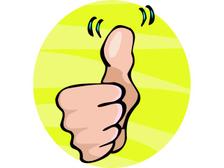 Jimbo's fling with the Mountaineers was emotional, not about getting richer. It was a West Virginia boy's dream job.

Neither Jimbo or his agent sought out the WVU gig. A program desperate to replace a star coach saw a chance to land a homeboy that its fans could rally around. Jimbo saw a chance to go home and be King of the state where he was born and bred.

Have you ever had the chance to return to where you started, able to live among family and friends, and be The Man, able to call all the shots? You'd be crazy not to give it considerable thought.

Bowden did when he felt the emotional tug from Alabama. Luckily, that didn't work out, and Bobby's been a true blue Seminole ever since.

Whether you think Jimbo stayed loyal to FSU or the West Virginia deal fell apart in the 11th hour, it's all waste water down the sewer.

If Jimbo is the head coach that T.K. and others -- WVU, UAB, Southern Miss -- think he can be, he should be at FSU for years to come.

This was the acid test. Jimbo resisted irresistible temptation. Now he and FSU are joined together in contractual matrimony for the foreseeable future.

COUNTERPOINT by Bill from Tampa

So the Jimbo Fisher to Morgantown drama has ended and the coveted offensive coordinator remains Florida State's head coach in waiting. All is forgiven right?

As Lee Corso is fond of saying, not so fast my friend.

What about the next time some high profile position opens up? Will Jimbo come to the same decision and stay at FSU? Who knows. He now has a track record of not being exactly credible. Florida State is where he wanted to be he proclaimed when he signed that agreement with FSU just a little more than a week ago. The ink was barely dry when he went out .... oh wait .... his REPRESENTATIVE (what was FSU thinking by forgetting to include his agent in the language of the contract?) went out seeking the WVU job.

Yeah, there's a guy who reeeeeeeeally wants to be at FSU.

The one and only snag that prevented West Virginia from holding a press conference on Christmas Eve to introduce him as the new head coach was Jimbo could not have his cake and eat it too. Reportedly the Mountaineers were not willing to pay him a high salary and pick up the $2.5 million buyout. The next school may be quite willing to do both. Does anyone have complete uneqivocal 100% confidence Jimbo will say after yet another coaching carousel drama Florida State is where I want to be? I know I sure don't!