« Forget Trick or Treat. On Saturday night many Seminole fans will be asking: | Main | It's Official: Xavier Lee is High Maintenance »

Tomahawks and Smelly Socks:
Best and Worst of the Duke game 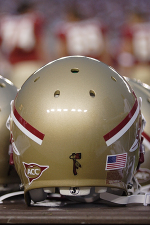 Tomahawks to Drew, Preston, Antone, and R. Goodman. Once the offense got gellin', it was almost like a Dr. Scholls commercial with everybody chiming in.

This weed is legal and lethal. Props to Gary C. for hitting more 3-pointers than most of guys on the basketball team will score.

And a big thanks to Ron Cherry. For not being there, that is. With any luck, Ron won't turn up in Boston next Saturday, either. 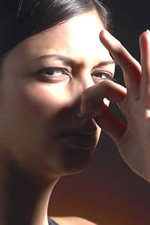 Shades of Halloween. Whenever the offense enters the red zone, it puts on a Jason hockey mask and quickly kills the drive (making us scream like Jamie Lee.)

At least they're consistent. FSU fans have seen more flags this season than a trip to the U.N. Last night, eight penalties for 60 yards.

Arrrrggh. Didn't you just know Antone Smith was going to get dinged late in the game when Edwards or Russell Ball should have been getting experience? Pray for a miraculous recovery.

An XXL pair of smelly socks to the genius who created the Blackout. First, because it's just a dumb gimmick. It's not like a throwback uni with any tradition linked to it.  Second, how is wearing black a tribute to the Seminole tribe? Most of all, it just doesn't feel like we're watching FSU. It's like the Yankees wearing pink pinstripes. Finally: Memo to the new A.D. The fans don't seem to dig it, either, judging by the lack of black at Doak.