« Countdown to the Canes: Is a famous rivalry enough to get Miami off the mat? | Main | Meet the Blue Devils scheming to stick it to FSU's secondary on Saturday »

Tomahawks and Cinderblocks:
Best and Worst of the UM game

Tough to see the bright spots through the gloom, but looking back there actually were some. 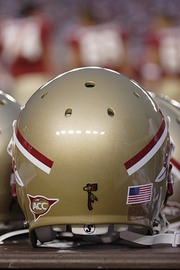 When the offense isn't shooting itself in the foot, you can see
the potential. But there's a lot more work left in this "work in progress." And Duke is no pushover (more on that in coming days). Nonetheless, it's the Noles last chance to jell as a team, and get an ACC victory, before the late season murderer's row.