The Wednesday Rant: This Is No Time For
Anger Management 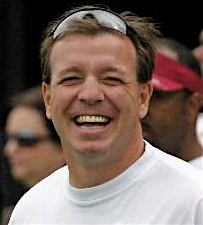 On Sunday Jimbo Fisher was livid over FSU's puny offensive showing high in the Rockies. Little more than 24 hours later he'd switched to decaf and was no longer vowing to "find 11 people who want to play."

Damn. This is not the time for a kinder, gentler offensive coordinator.

If Mickey's defense had played the way the offense did, guys would still be picking his teeth out of their backsides.

Mickey not only played for the Bear, he learned from him. You can almost see the houndstooth hat when he relentlessly drives his players, demanding their best. Every play.

Getting his blood pressure sky high also gets results. And the players love him for it. Well, maybe not on the practice field when flames are shooting from his nostrils. But have you ever heard a player -- current or former -- say anything negative about Mickey? Neither have we.