« "Somebody wake Bobby. It's a half-hour to kickoff." | Main | "Bobby Bowden could beat the Buffs asleep": Catch the hometown preview on Buffs Zone TV » 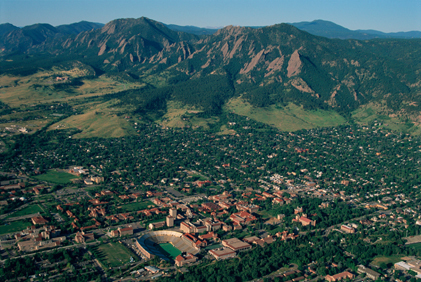 Tallahassee's humidity can give the Noles an edge. For Colorado, it's altitude. At 5400 feet above sea level (compared to around 100 for Tallahassee), the thin air of Folsom Field can have a flatland team gasping for air -- or so the theory goes.

We checked it out with a team that played in Colorado last weekend, the Cal Berkeley Golden Bears who beat Colorado State at Ft. Collins. A member of Cal's training staff told us:

"We made sure we got there more than 24 hours before kickoff. Then we had a walk-thru the day before to get used to the change in altitude. But during the game the team still felt sluggish during the first half. We didn't have to use oxygen on the sidelines, but we did have to deflate the pressure in their helmets. Also, guys who had an injury found that any swelling was greater at that altitude. By the second half, though, the team had acclimated and played well."

Well, at least the Noles have an excuse for a slow start this weekend.