Is Jost Toast? Is Stroud on the Way?

The most interesting part of the hotly-rumored Jon Jost reassignment — at least to us — is the timing.

After replacing so many coaches in January, why wait until mid-May to make a switch in the strength and conditioning department? Could it be because that's when school is out in the Raleigh, North Carolina area? When it would be more convenient for the Stroud family to make a move to Tallahassee? 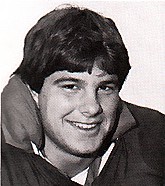 With four kids, school schedules must be a priority for Todd (former FSU nose guard) and his wife. Likewise for Todd's own job as head coach at Cardinal Gibbons high school. Resigning at the end of the term might be less awkward for Stroud, who was hired earlier this year and has yet to coach a game.

Meanwhile, the N.C. State site Red and White From State doubts that Stroud will be lured back to his alma mater. It reports Stroud has turned down offers from other colleges because his family enjoys living in Raleigh.

Even the high school sports reporter we talked to at the Raleigh News-Observer is unaware of any buzz about Todd's interest in the job.

Still, the timing of the Jost move seems too calendar-driven to be coincidence. And as much as the Stroud family loves the Triangle area, don't you think the salary of a strength coach at a college football powerhouse would eclipse that of a Catholic high school coach who doubles as a science teacher?