« Coming Soon To A Field Near You: The "Baby Bus" | Main | UVA's Jameel Looks Like The Real Deal »

Cavs have come a long way from early season struggles 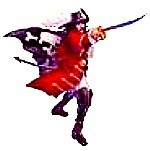 Wouldn't you know it? The Cavaliers go from feeble to feisty just in time for their weekend trip to Tallahassee. Chris Graham of the ACC Nation, who follows the Cavs as Publisher of the Augusta Free Press, wrote this guardedly optimistic column after Virginia beat N.C. State last Saturday:

Things Starting To Come Together? After the 31-21 loss to Conference USA foe East Carolina earlier in the month, things were looking pretty bleak for Groh and his team.

Virginia stood at 2-4 with losses to ECU and equally unheralded Western Michigan standing out among the four — and fans were calling for Groh's head. A strong performance in a 28-26 loss to Maryland on Oct. 14 signaled that a possible turnaround was around the corner. Back-to-back wins over North Carolina and N.C. State now have fans thinking about bowl possibilities.

"We really, to a large degree, have played the '06 season with the '07 team," Groh said after the State game. "Certainly, we'll miss players who were so big today for us — like Jason (Snelling) and Tony (Franklin) and Deyon (Williams) and Fontel (Mines) and so forth. But that's pretty much the team - plus quite a few very talented young players that I'm not using this year who will be added to the mix. So certainly it's going to have long-range value, because very few players who got that confidence today are going to leave.

"The worst thing a coach can do is kid himself — you know, and just be optimistic because that's the way you want to feel," Groh said. "But when you see players who have talent, who are working hard, who believe in what you are asking them to do, then it's easy to believe in them. Hey, look, we've got a long ways to go.